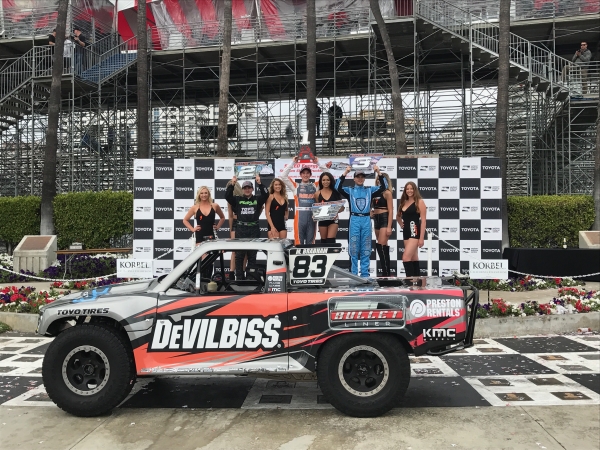 For GALE Pacific and Coolaroo ambassador, it was his 2nd consecutive round victory in his Preston Rentals backed DeVilbiss Racing entry after his win in front of a home crowd in Adelaide last month.

Brabham celebrated with a couple of massive burnouts and a two wheel victory lap in front of the packed Long Beach grandstands.

Series-creator Robby Gordon and Brabham both finished the round with 29 points, but Brabham’s race victory means that the 24-year-old has the overall round win. Race one winner, Harlien finished third with 28 points.

"I got through traffic and it was was good to get to the front with a few laps to go.”

"We had guests from DeVilibiss and Preston Rentals here this weekend and it was great to share some champagne with them today.”

Stadium SUPER Trucks return to Australia for their next round, set to take place at Perth’s Barbagallo Raceway, May 4-6. 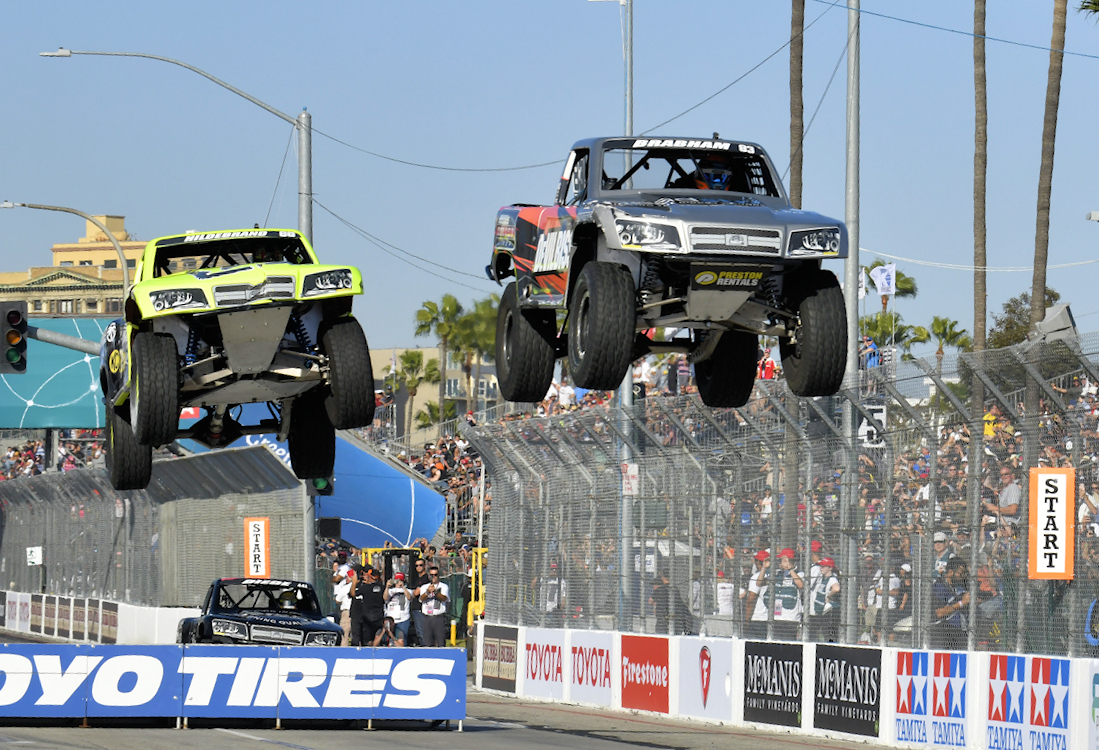