Sleeping Rough for a Great Cause 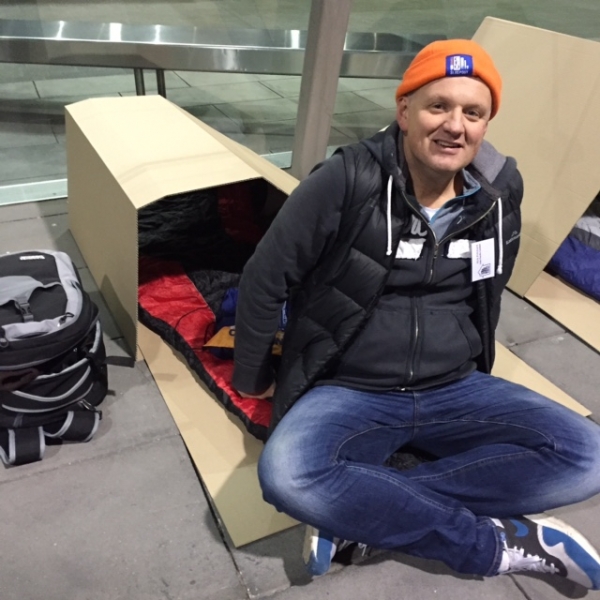 On 23rd June GALE Pacific's Group Managing Director, Nick Pritchard, participated in the Vinnie’s CEO Sleepout.  The event involved 200 Melbourne CEO’s and senior executives sleeping outside for the night to raise funds for the homeless and to raise the awareness of the issues around homelessness.

“My motives for doing the sleepout were simple.  Obviously it was an opportunity to help raise money for a great cause but, secondly, I was looking for something that I could do as an individual instead of just the things we do as a group or as a company”, Nick said.

“I was probably a bit naïve.  I thought that the homeless were only the people that I saw from time to time in the city, sleeping out or asking for money.  I thought it was limited to a couple of hundred people”.

As part of the sleepout event participants heard speeches, listened to many personal stories and slept outside on cardboard.  “I really had my eyes opened to the scale of this problem.  In our own state more than 22,000 people are homeless.  Half of them are younger than 25 and a third of them are fleeing from domestic violence.  Nearly 60% of people accessing homeless service are women”, Nick said.  “They’re really sad statistics”.

Nick was successful in raising $10,040 which will go directly to helping the homeless.  In the state he was the tenth highest fundraiser.  “I’m really thankful for the contributions made by my colleagues, friends and family, as well as the business contacts I’ve made over many years.  People were very generous”.

Weather in Melbourne on the night of the sleepout was cold and wet.  Melbourne actually experienced some flooding throughout the night.  “Yes, it was cold and miserable but it was only one night and will be very quickly forgotten.  Nothing in comparison to what many people experience on a longer-term basis”.

“Though it was really cold and uncomfortable my most vivid memory of the night will be the stories told by people who have, for various reasons, had to call on the services of Vinnie’s.  Those stories were really moving and, for me, very inspiring.  You could have heard a pin drop in the room as people shared with us their stories.  There are just so many people out there that need a bit of a hand”.

Nick has committed to participating again next year and hopes to be able to rustle up a few other executives to join him.