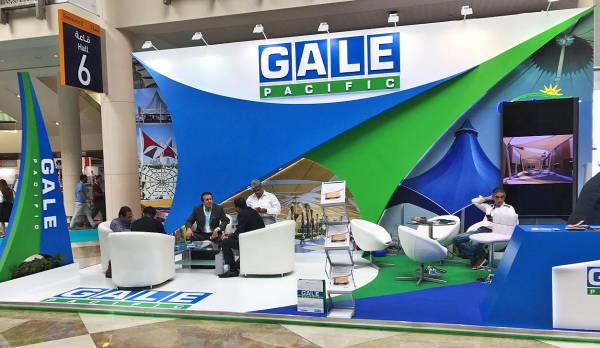 Middle East’s Premier construction event welcomed 3,000 exhibitors and experienced nearly 80,000 plus visitors from more than 65 countries. Held at the Dubai World Trade Centre, the event showcased the latest products and technologies from across the building and construction industry.

This was GALE Pacific's eighth consecutive year at the show. The event was used to showcase the new range of architectural shade products, including GALE Pacific's next generation Commercial Heavy 430 shade fabric, designed for large span tensile structures.

We received a positive response from the show making it an overall success, and was well received by visitors.